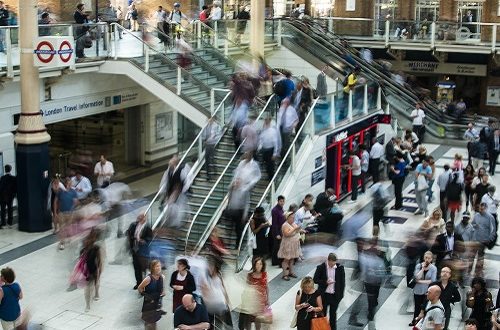 What make an ideal location?

Some prefer cities, some the suburbs, others market towns or possibly somewhere remote. We are all different and have our own preferences, but if pricing indicates popularity, a lot of us have similar views on what make a good location.

City living is enjoying a revival particularly with the young and single, though some are also attracting retirees. Click for our recent post.

The stereotypical suburbs may be the butt of many jokes, but due to convenience, they are where most of us live. They do of course vary widely and this is reflected in the price you pay to buy a home, transport as covered later being key factor. Click for our article on Metroland – The Birth of the Suburb

The suburbs grew through the twentieth century, spreading out from railway and underground stations. The semi-detached house being the mainstay design for many years.

By the 1960’s, space for house building around our large cities was getting scarce. In order to protect the Green Belt, focus moved to New Towns. Suitable existing villages further out, than the existing suburbs but with good transport links were selected for growth. Examples include Harlow, Basingstoke and Stevenage.

The idea was taken much further with Milton Keynes, establishing a new town with the scale of a city. The planners revived ideas from the earlier garden cities, it has wide boulevards with plenty of green space. It is now a popular place to live and work, nearly 250,000 people now have their home there.

These can carry some of the highest price premiums over their local averages. Their popularity is down to their history, community spirit and access to services. Properties with easy walking access to the services are most in demand. Not surprisingly market towns easily accessible to cities carry the highest prices. Click on this link for our article.

As with many Market Towns, spa towns carry heavy price premiums. Harrogate, Leamington Spa and Cheltenham are all highly popular. Bath whilst officially a city is our premier spa town. Attracting tourists and commuters, most are well served for shops, restaurants, theatres and open space. Click here to find out more about Harrogate

Escaping to the country is the dream of many city dwellers, the BBC even has a daily program about it. Escaping congestion, noise and pollution whilst gaining space and open views is understandably popular. Prices are mostly lower than town and cities, shops, schools and other services command premiums as does outstanding locations. Services or rather the lack of them is the downside, having a car is pretty well essential.

Also popular with retirees, the coast has a magic appeal for many. Fading holiday resorts can be a good place to pick up a bargain home. Some like Margate in Kent, are enjoying a renaissance, prices are rising but still affordable. Popular spots like Brighton, Southwold, Lytham and St Ives though, command premium prices. Sea views and closeness to beaches carry price premiums.

In 2017, the Department of Education produced a report “House prices and schools: do houses close to the best performing schools cost more?” The report found that homes close to a top performing non selective secondary school commanded a 6.8% premium above the surrounding area. Homes in a location near the worst performers were about 5.3% cheaper than surrounding homes. The premium close to top performing primaries is even higher at about 8%.

Depending on where you live, the closeness to a station can be a major factor. In London for instance, homes close to stations command a 10% premium, For Manchester and Glasgow it is about 5%.

Commuter towns around the big cities command premiums dependent on their transport links. A one hour commute or less matters. According to What Mortgage, based on data from Zoopla, 24 out of 40 locations near the Crossrail stations have benefitted from above average rises compared to property price increases in the rest of the South East of England since 2007 (an average of 41%) when the project was first approved. Closeness to stations is again important, it saves parking fees and possibly the need for a second car.

For rural lovers, access to towns can still matter, villages close to good transport connections are sought after.

Whilst we want convenience, houses on main or congested roads are priced lower, as are those near noisy factories, airports or pubs etc.

Having shops close by boosts value, and as more of us are shunning the weekly out of town shop, the effect may strengthen. Lloyds Bank some years back, estimated that proximity to a Waitrose can add 10% to a home’s value. Similarly popular chains such as Pizza Express and Costa can have a positive effect. Closeness to Doctors, Chemists, Banks and other services are valued by younger families and older buyers.

Parks, woodland and open spaces improve an area’s ambience, dog owners in particular seek these areas out. Long distance views are popular, as is access to places of leisure such as swimming pools, gyms and visitor attractions. In cities, open spaces are highly sought after with flats overlooking parks and squares selling for significant premiums above those close by that don’t.